One. Cause of flotation impeller wear for the flotation cell

The solid particles mixed in the slurry impact the overcurrent surface, resulting in the successive elastic deformation and plastic deformation of the material surface. After the repeated impact by solid particles, the material is destroyed then the surface material falls off. There are scratches and pitting along the flow direction when wear is slight; there are corrugate and groove trace on the surface when the wear is serious, even the parts can be perforated, and collapses as a block when the wear is too severe.

2. The combined action of cavitation wear and erosion wear

When the flotation impeller rotates, the pulp will be removed and forms the air pressure, produces the bubble. There are three main ways to produce bubbles. The flotation impeller rotates to discharge the pulp, forming the excess pressure and producing the bubble. the air dissolving in the pulp is inhaled to form bubbles in the zone of negative pressure. After the bubble is formed, it moves along with the pulp, and the bubble that comes into contact with the inner wall of the flotation impeller collapses due to the rising pressure, thus forming a microjet to the inner wall. This micro jet finishes the directional impact on the material surface in a very short time, and the force generated is equivalent to the action of “water hammer”. 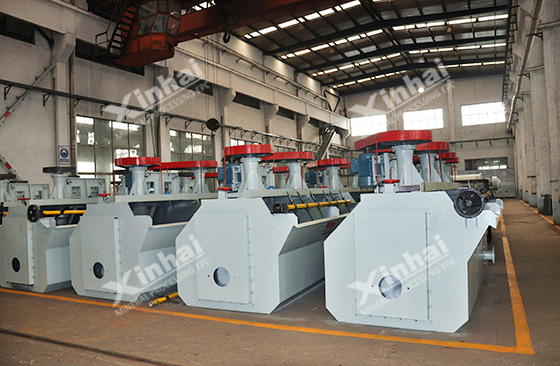 1. Change outlet angle of the blade

Considering the wear, the thickness of the inlet edge of the blade is generally larger. For the medium with strong corrosivity (such as flotation feed), adopting a smaller outlet angle can minimize the impact of particles on the working face of blade. Generally, the blade outlet angle of the flotation cell is 30°-40°. 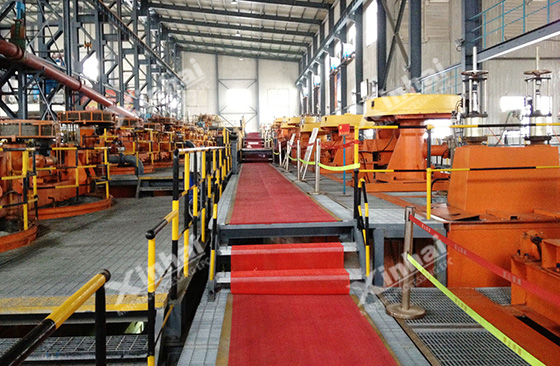