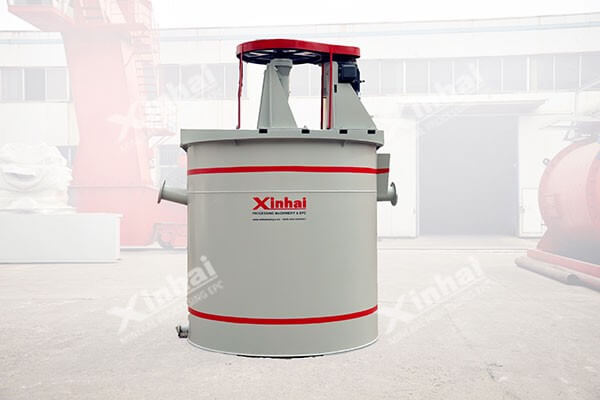 The slurry agitator tank is a kind of agitation equipment that forces the slurry to circulate up and down in the tank. It is mainly used for slurry stirring before the operation of a single tank flotation machine, so that ore particle suspension is suspended and fully contacted and mixed with chemicals to create conditions for separation. In addition, the slurry agitator tank can also be used as pre-desiliconization tank, post-dissolution tank, dewatering tank and point tank in alumina production, as well as for similar operations in other industrial production. 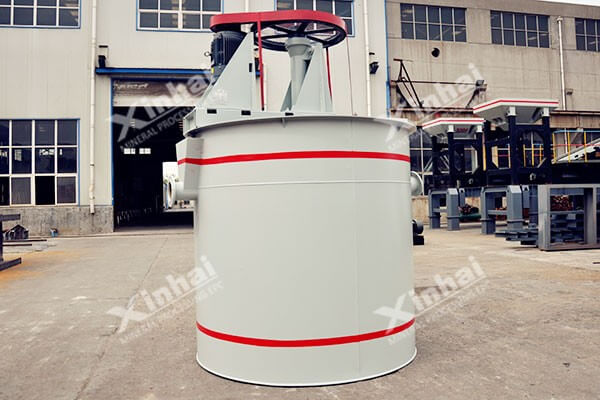 The working principle of high-efficiency agitator tank is as follows: Under the rotation of blade impeller, the slurry is discharged from the lower end of the impeller in the axial direction and negative pressure is formed in the impeller chamber, so that the slurry flows into the impeller chamber from the impeller to be replenished. Meanwhile, under the diversion of a steady flow plate, the slurry forms a vertical circulating flow with the center downward and surroundings upward in the groove. When the upwelling speed of slurry is greater than the sedimentation speed of ore particles, the ore particles in the slurry will be in a suspended state and maintain a uniform concentration.

Xinhai high-efficiency agitator tank is equipped with an umbrella-shaped impeller, which applies downward pressure to the slurry, so that slurry can be circulated up and down along the draft tube, and the full mixture of slurry and chemical is achieved. In addition, enhanced agitation ability makes stronger chemical circulation ability possible.

1. The larger the impeller diameter and the higher the rotational speed, the stronger the agitation ability of slurry and chemical;

3. There is a fluid guide in the agitator tank, and a large negative pressure is compressed into a limited space, which improves the suction capability as well as circulation ability of chemical and slurry;

4. The lower part of the fluid guiding body is equipped with a spraying body, and the circulation ability of slurry and chemical is further strengthened, which is beneficial to better flotation index.

Xinhai chemical agitation tank adopts barrel shaped radiation circular spiral impeller for mixing operation by the mechanical stirring method. The motor drives the V-belt transmission device which drives the impeller. Reagents mix evenly under the uniform rotation of the impeller, preparing the mixture of the ore slurry and reagents for the next stage.

The cylinder is lined with Xinhai wear-resistant rubber to prevent the chemical agitator tank from the corrosion of reagents.

2) The strong mixed ability of liquid and reagents; 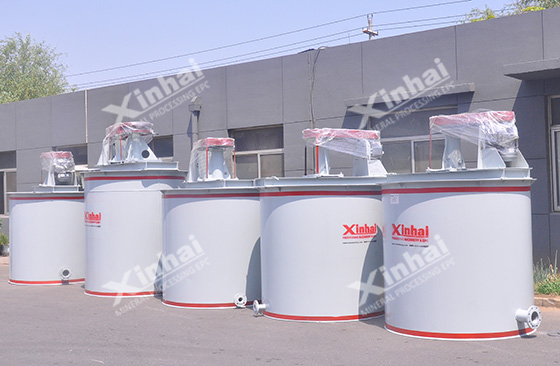