Before Selecting Spiral Classifier, These Types You Need To Know. 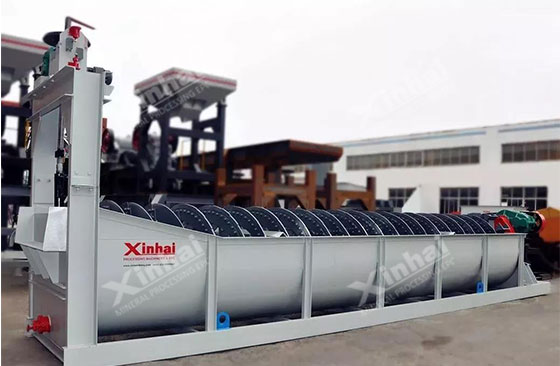 In mineral processing proceeding, ores need to be grinded into a certain size for the complete separation of fine grain size mineral production and gangue minerals, and over-grinding should be avoided at the same time in case of the effect of sliming. The production below standard should be sent to mill for circular grinding, while the qualified product should be separated to extraction period in time and avoid unnecessary grinding. Therefore, classification takes an important part in grinding operation from technology and economy aspect.

1. Sand return automatically lifts to a certain height and then directly returns to the feeding end of the ball mill, eliminating the need for joint feeder and greatly saving equipment and civil construction investment.

3. The graded particle size can be controlled according to different feeding amount and overflow concentration. 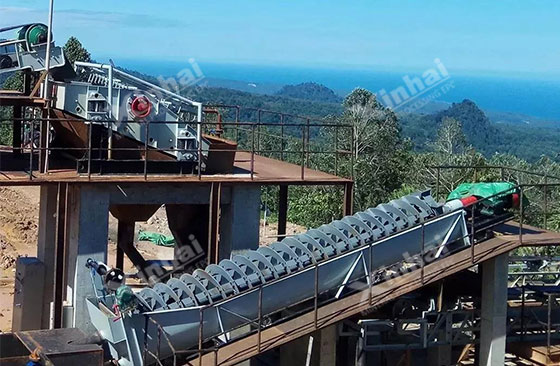 I. According to the height of overflow dam

In spiral classifier, the position of overflow dam is usually higher than the bearing center at the lower end of the spiral shaft and lower than the upper edge of the spiral at the overflow end. The height of dam can also be adjusted within a certain range, that is, the area of settlement area can be slightly changed according to the grading requirements, so as to adjust the grading particle size. 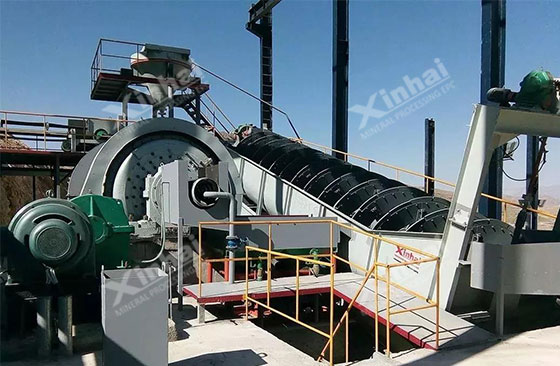 The overflow dam of the spiral classifier is usually lower than the center of the bearing at the overflow end. Therefore, the settlement area is too small and the overflow production capacity is too low, and the screw agitation on the pulp surface is too large. Therefore, it is only used in the actual production to wash the sand and coarse particles with less mud, and it is rarely used in the ore grinding grading operation.

The overflow end of submersible spiral classifier is usually equipped with 4-5 spiral blades, all of which are immersed under the liquid level in the settling area, so the settling area is large and the grading pool is deep. 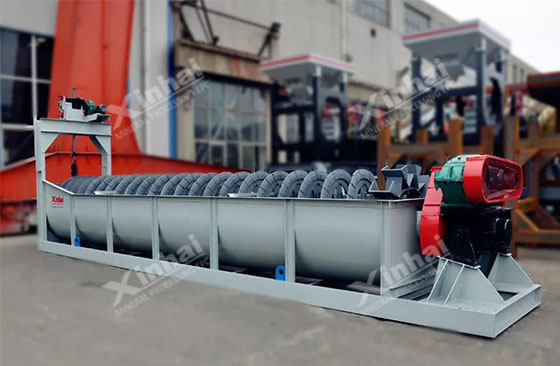 II. According to the number of screw shift 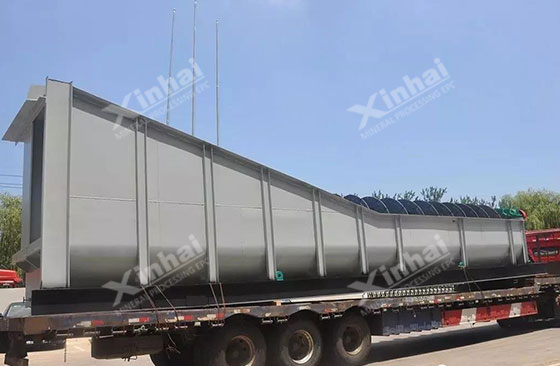 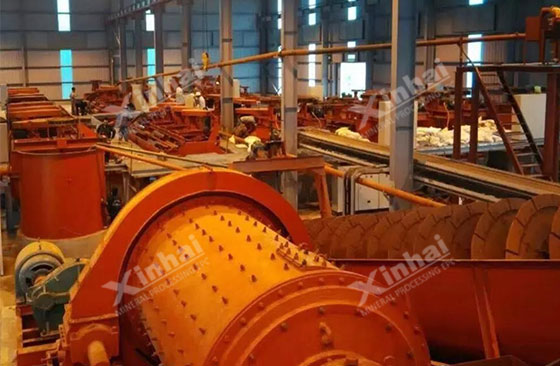 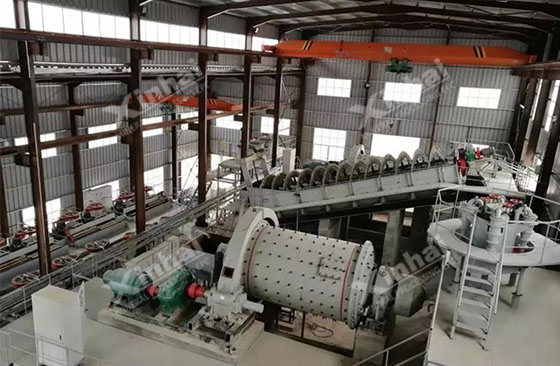 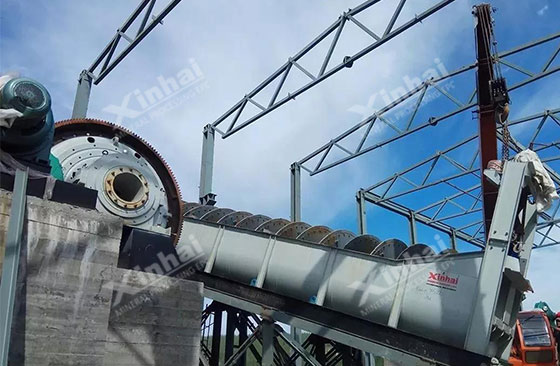 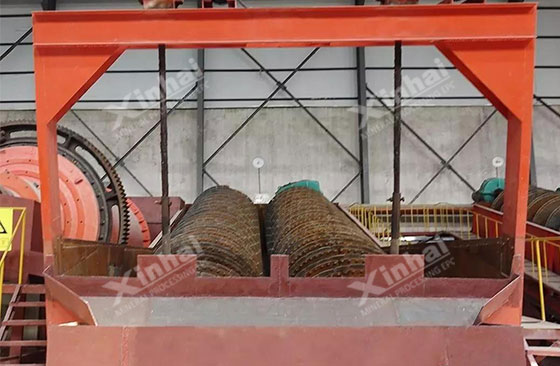 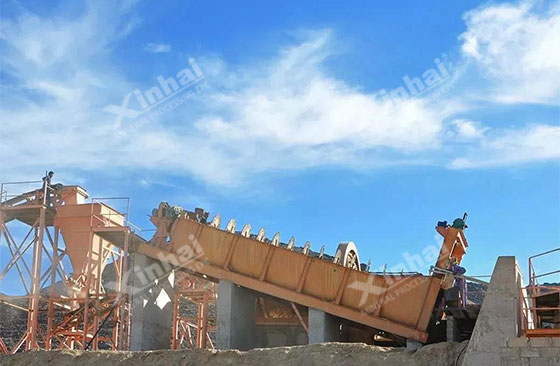