Hydrocyclone Has These Five Problems? Open This Passage! 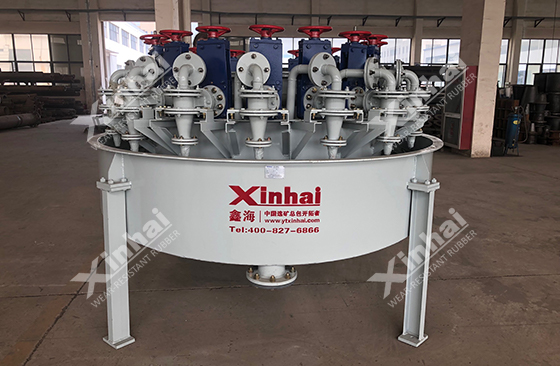 The hydrocyclone is an effective fine-grain classification equipment in the current mineral processing equipment. In daily production, the hydrocyclone more or less will have some problems. If it cannot be found and solved in time, it is likely to lead to hydrocyclone stop operation. So, what are the common problems of hydrocyclone in daily operation? How should we solve these failures? Now, let’s analyze the causes and countermeasures.

1) If the feed pressure fluctuation is caused by the drop of the pump tank liquid level, it can be adjusted by increasing the liquid level, or closing one or two cyclones, or reducing the pump speed.

2)If the feed pressure fluctuation is caused by the pump blockage or wear, the pump needs to be repaired.

3) In order to prevent blockage, the hydrocyclone group can be set up in the feed pool to prevent coarse materials and debris facilities (such as debris sieve). At the same time, the feed pool should be emptied in time when it is out of service, so as to avoid driving again so as not to cause blockage due to precipitation and high concentration when restart the hydrocyclone. 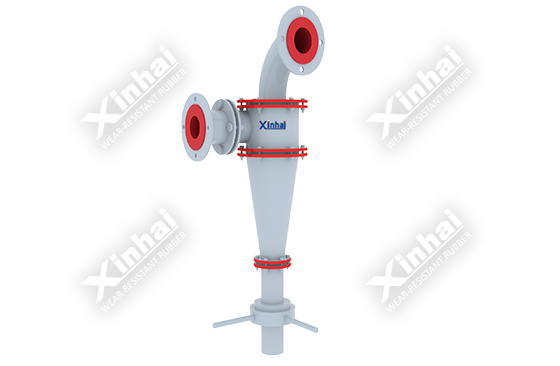 4. Abnormal concentration and fineness of the overflow

2)If the overflow concentration is small and the fineness is fine, or the small grit nozzle can be replaced to meet the requirements.

1)When the grit nozzle is spray-shaped, it can be adjusted by replacing the small grit nozzle;

The above are the reasons and countermeasures for common problems of hydrocyclones. In addition to choosing the type of equipment that meets the processing process, daily maintenance and repair are also important if you want the equipment to run stably and efficiently. It is recommended to consult with professional hydrocyclone manufacturers when purchasing, and comprehensively consider the process and equipment of the concentrator to further improve the work efficiency and economic benefits of the concentrator.